Vijayawada: Disquiet in Agency areas over violation of SC orders

VIJAYAWADA: The disquiet among the Adivasi community in the tribal regions of Visakhapatnam has been rising in recent months as the state government appears to be turning a blind eye to critical rulings by the courts, including the Supreme Court, on the rights of Adivasis to their land.<!–more–>

One important ruling on the rights of the Adivasis was given by the Supreme Court in July 1997. In its judgment filed in the lawsuit brought by Samata, a non-governmental organisation, the apex court declared null and void the transfer of land in the scheduled areas and also upheld the Forest Protection Act of 1980.

“The Supreme Court decision, which has since been called the Samata judgment, is by far the most progressive of rulings, but unfortunately its efficacy has been steadily diluted in AP and other states,” says Ravi Rebbapragada, who is the executive director of Samata, which had brought the lawsuit against the AP government. The Samata ruling had allocated 20% of the net profit to the local area development councils in the states, but somehow that order has been followed more in the breach than in practice, Rebbapragada claimed.

The AP government has also been tardy in enforcing laws pertaining to the Fifth Schedule of the Constitution, which governs the laws in Adivasi land. “While the AP government has not given any licence for mining of bauxite in the Agency areas of Visakhapatnam, it has allowed the mining of laterite, which is also illegal. More importantly, the government has been allowing plains people to illegally set up so-called tourism projects in Agency areas like Lambasingi, Paderu and Anantagiri,” Rebbapragada alleged.

“The Adivasis are even not paid minimum wages. They are treated like slaves by owners of guest houses and hotels and other attractions in these places,” Rebbapragada said.

Apart from over-exploiting the fragile ecology of the Agency areas, tourists have made a mess of the region with rampant littering. “Dallapalli has been almost drowned in single-use plastic bags and other litter, which has not been removed by the administration, making it clear that it wants to exploit the Agency areas at the expense of the Adivasis who have been living in the region for generations, eking a living out of the forests,” he added.

The alleged continuing onslaught on Adivasi rights has prompted them to get together to launch an agitation for the protection of the Fifth Schedule rights. The community held a massive show of strength in Paderu on February 12 which was attended by over one lakh people. A joint action committee of the Adivasis has also requested the AP government to resolve their issues at the earliest.

According to EAS Sarma, a former Union expenditure secretary, Adivasis’ land was being commandeered illegally by plains people on the pretext of setting up hotels in Anantagiri, Paderu and Lambasingi .

A civil rights organization, Jharkhand Janadhikar Mahasabha (JJM) suspects that “growing influence” of Satipati cult, started in Gujarat, exhorting people to boycott government schemes and elections, on one hand, and religious practices of Adivasis, on the other, may be behind the recent killing of seven persons in Burugulikera village, West Singhbhum district, Jharkahnd. END_OF_DOCUMENT_TOKEN_TO_BE_REPLACED 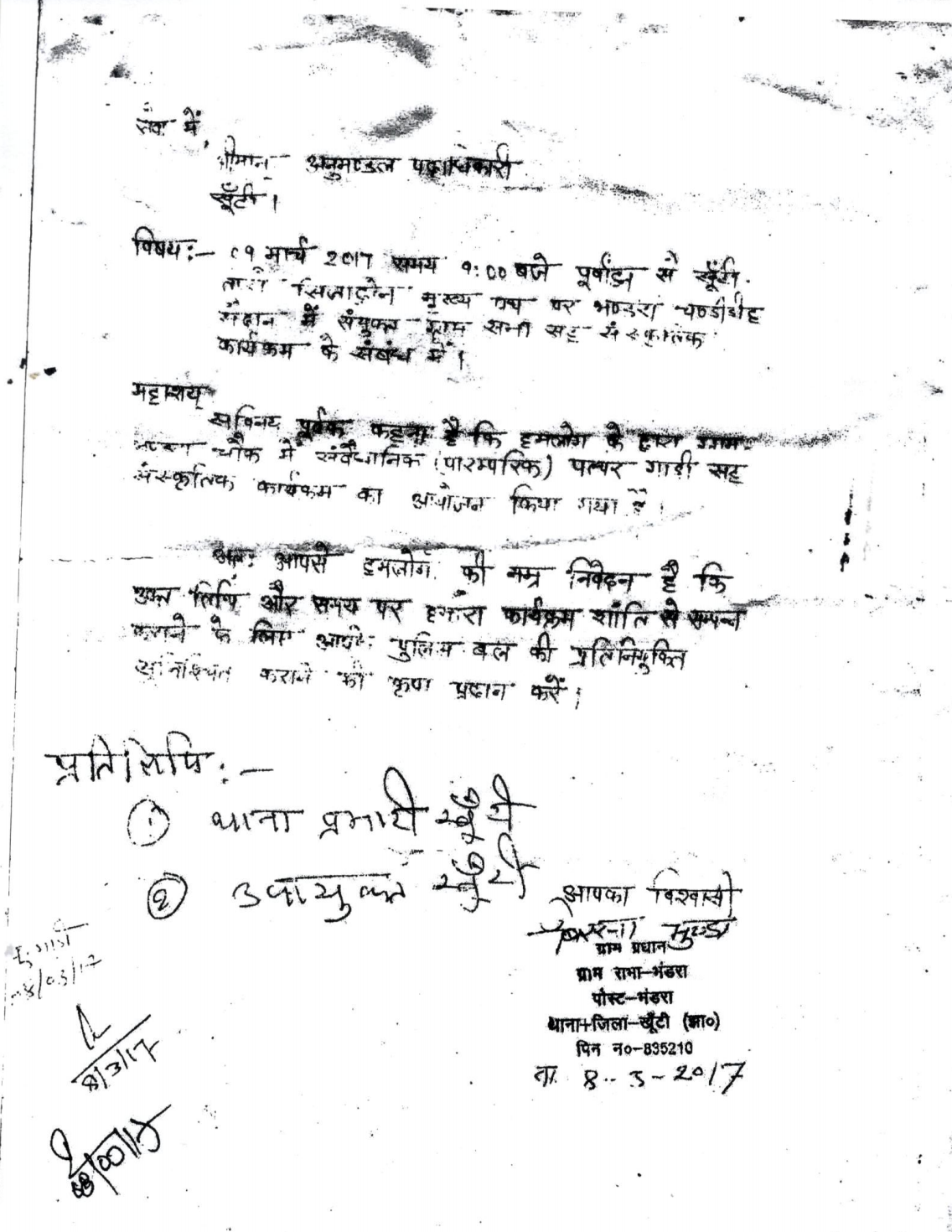 Adivasis say they are being hounded for invoking the Constitution to protect their land rights.

After Haryana and Maharashtra, we travelled to Jharkhand where state assembly elections will be held in five phases starting from November 30. In Khunti district, an hour from the state capital, Ranchi, Adivasi villages are debating whether to boycott the elections as part of a protest movement called Pathalgadi, which literally means the laying of stones. END_OF_DOCUMENT_TOKEN_TO_BE_REPLACED

By Our Representative
A recent seminar in Delhi, held in the presence of two Union ministers, Faggan Singh Kulaste and Ashwini Kumar Choubey, has been told that a whopping 10 million workers working in the mining sector are exposed to silica dust, with 50% of them suffering from silicosis, a deadly incurable lungs disease. END_OF_DOCUMENT_TOKEN_TO_BE_REPLACED 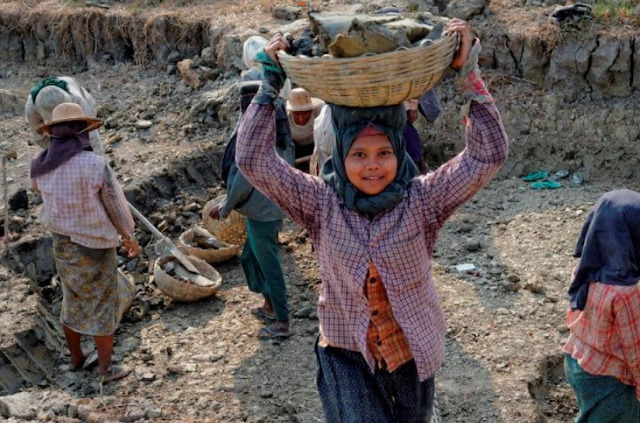 By Our Representative
A delegation of two civil rights groups, Samata and mines, minerals and People (mm&P), has impressed upon several of India’s members of Parliament (MPs) to discuss and raise issues relating to illegal mining, the Samata judgment, children in the mining areas and the District Mineral Foundation (DMF) in Parliament, adding, the issue of involvement of gram sabhas in decision making ought to be central for allowing any new projects in forest areas.

‘They are neither regularised nor given share in income’

Rebbapragada Ravi, founder of Samata, an NGO, met District Collector Vinay Chand on Friday and represented the long-pending case of the tourist guides of Borra Caves.

The tourist guides at the million-year-old Borra Caves, which is one among the most sought after tourist destinations, are in dire straits. They have been fighting a battle with the authorities concerned over regularisation of their employment, since last two decades.

About 20 guides, were recruited by the Tourism Department in 1993, on temporary daily wage basis, with promise of regularising them in a short time. END_OF_DOCUMENT_TOKEN_TO_BE_REPLACED